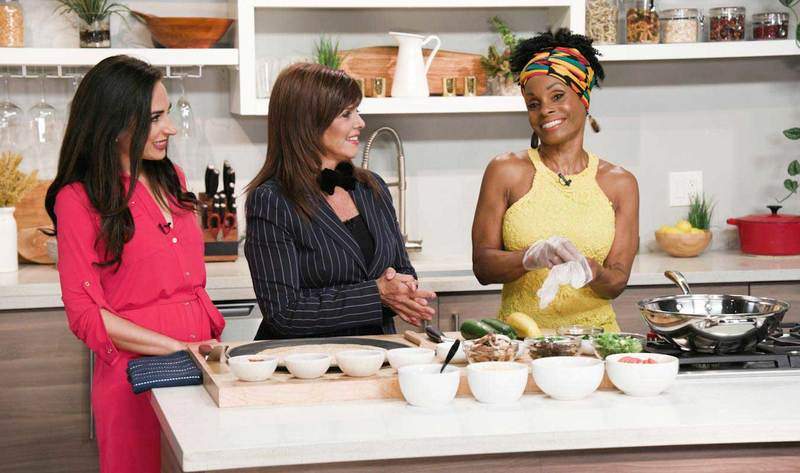 Vegan cooking show New Day New Chef recently expanded to Amazon Prime Video in Canada, Australia, New Zealand, and Ireland. In February, New Day New Chef debuted in the United States and United Kingdom with an eight-episode season featuring celebrity co-hosts, well-known vegan chefs, and a panel of taste-testers to rate the dishes made on the show. In May, the show launched a special “Support + Feed” season which focuses on the work of vegan nonprofit initiative Support + Feed, created by Maggie Baird (Billie Eilish’s mother) to support local vegan restaurants in Los Angeles, New York, and Philadelphia while supplying food to children’s charities, homeless and domestic shelters, and family and senior centers during the COVID-19 pandemic.

“I’m thrilled we’re introducing America’s top vegan chefs to most of the English-speaking world,” New Day New Chef host Jane Velez-Mitchell told VegNews. “This is how we’re going to hit the tipping point, whereby the culture shifts to a plant-based lifestyle. We need to get there soon to prevent another pandemic, to save the climate, and to improve human health. It’s a delicious, nutritious win, win, win.”

The show is currently being translated into German and Japanese and will debut in Germany and Japan in October, along with a new third season.

This article was originally posted on VEGNEWS