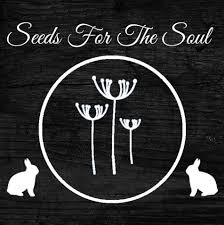 Located in Edinburgh UK. While Seeds for the Soul is a home away from home for many vegans in the UK, this vegan icon just broadened its reach by joining the ranks of the global vegan restaurant network, certified by BeVeg. You can be the change you wish to see in the world, but you also need to join the momentum of that change.

Seeds for the Soul is now part of the global movement to Be Vegan, and mean it. BeVeg is a vegan certification firm managed by attorneys, and when it comes to restaurant vegan certification, BeVeg will only certify fully compliant vegan restaurants. That means, a vegetarian restaurant with vegan options will not be considered for certification. That also means a restaurant with a shared kitchen, which chances cross-contamination will also not be considered. The purpose behind the global vegan network and free consumer restaurant app is to encourage vegans to patronize other vegan establishments to drive a vegan economy, which will ultimately drive the kind of change vegans wish to see.

Seeds for the Soul is certified fully vegan per the BeVeg vegan restaurant standard as outlined on the company website https://www.beveg.com/vegan-certified-restaurants/ and it officially joins the global BeVeg vegan certification network, along with many other restaurants across the globe from the UK, USA, Latin America, Asia, and so on.

The global vegan restaurant directory is unique because it only includes vegan restaurants, and it comes with a globally trademarked stamp of approval, which is an extension and expansion of the BeVeg product certification process.

BeVeg CEO, Attorney Carissa Kranz, a vegan from birth, has set out to use her education and legal mind to set a global vegan standard that is credible, accountable, and one day legally binding. Much of this topic will be discussed in a book to be published by Vegan Publishers entitled Vegan Law: Know Your Rights. For those of you who don’t know, veganism in general, even the word, is not currently carved out in the law. That’s why Ms. Kranz is also selected to author a chapter in another book to be published by Lexington in Europe about global vegan label law, and the need for certification.

For more information on Seed for the Soul, check their website at https://www.seedsforthesoul.co.uk