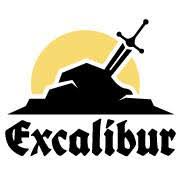 England (February 2020) Excalibur Café joins the rapidly growing network of Vegan Certified restaurants by BeVeg International, the only law firm on the planet for vegan certification.

At the very heart of Glastonbury United Kingdom, this magical Excalibur Café brings ambiance and experience to vegan cuisine. While this restaurant does not believe in using farm animals for food, the experience is still very much farm to table in that the ingredients used are organic, vegan and locally sourced.

Excalibur Cafe is clear in their belief that a vegan lifestyle, not only promotes health but also harmony between humans, animals, and the planet. This brilliant notion is substantiated with a website quote from Albert Einstein, “Nothing will benefit health or increase chances of survival on earth as the evolution to a vegetarian diet.” The evolution is happening, but not fast enough and that is why BeVeg only certifies restaurants vegan that are truly vegan, as those are the restaurants lobbying not only for the survival of animals but also for the survival of our planet.

Currently, vegan claims are not regulated by any government entity, and therefore such claims lack credibility unless verified by an authority, like BeVeg International, who literally set out a clearly defined global vegan standard, which is now represented in more than 70 countries with the BeVeg Certified Vegan global trademark. BeVeg licenses the right to use its internationally protected vegan trademark symbol to products and companies that operate in alignment with the defined BeVeg vegan standard as outlined on the company website https://www.beveg.com/vegan-certified-restaurants/

Excalibur officially joins the global BeVeg vegan certification network, along with many other restaurants across the globe from the UK, USA, Latin America, Asia, and so on. The global vegan restaurant directory is unique because it only includes vegan restaurants, and it comes with a globally trademarked stamp of approval, which is an extension and expansion of the BeVeg product certification process. You can find more
information about this magical vegan dining experience on their website at https://www.excaliburcafe.net

BeVeg CEO, Attorney Carissa Kranz, is raising the standard for consumer transparency by requiring companies who apply to meet the set-out BeVeg Vegan Certification standards, as she also sets out to publish a book for Vegan Publishers entitled Vegan Law: Know Your Rights. For those of you who don’t know, veganism in general, even the word, is not currently carved out in the law. That’s why Ms. Kranz is also selected to author a chapter in another book to be published by Lexington in Europe about global
vegan label law, and the need for certification.