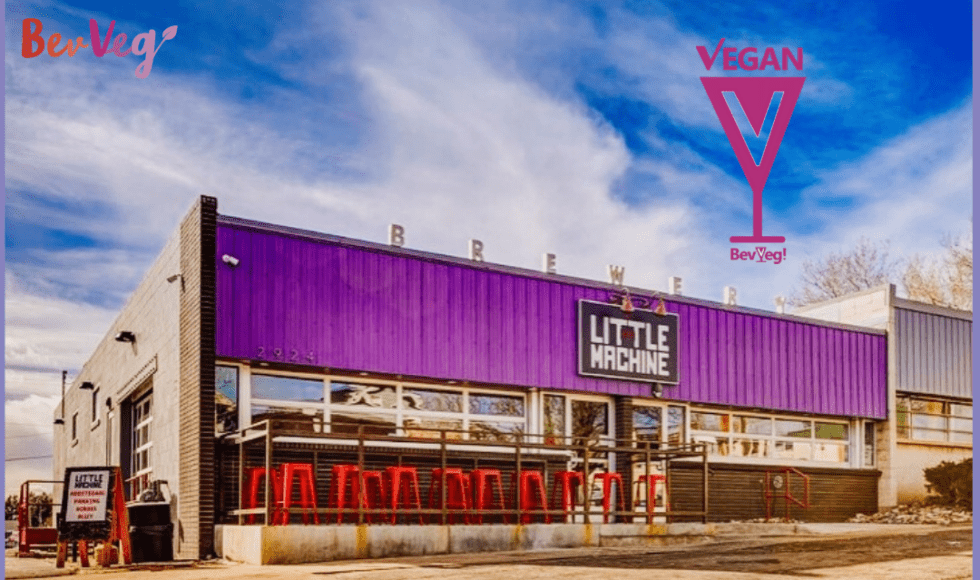 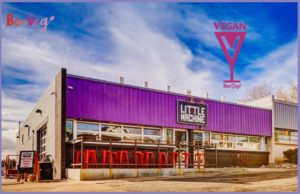 (October 2019) – Little Machine Beer “Little Machine” is not only the first brewery, but also the first beverage manufacturer in Colorado to receive the global vegan certification stamp of approval from BevVeg International, a global law firm for standardizing and legitimizing vegan claims.

This not so “little” company has another big accomplishment. Certified vegan and the first in the State of Colorado to gain the global vegan certified stamp of approval. This Denver based brewing business has other accomplishments worth mentioning: 2017 GABF Gold Medal, the 2016 and 2018 World Beer Cup Silver Awards, among others.

but this company not only cares about winning awards, their mission is broader, they are also committed to transparency with their customers, Carissa Kranz, esq. CEO of BevVeg states “This is not a vegan issue, this is about consumers in general, wanting truthful information about what they are eating, drinking, or using. Full disclosure,” And Little Machine could not agree more.

Considering Coloradans’ health conscious nature, coupled with their love for beer, it is surprising that very few ask, “What’s in my beer?” Beer manufacturers are not required to disclose product ingredients and processes, and as a result, consumers are rarely aware of the use of animal derived ingredients in their beer since there is not a single government entity worldwide requiring the disclosure of such ingredients, byproducts, or fining agents. Finings often used to clarify beer include isinglass, which is fish bladder or gelatin, which is cows elbows and knees, pigs feet, and horse hooves, or egg whites, to name a few.

Little Machine is making a big impact by keeping its commitment to brewing “clean” beers, without any animal derived products, additives or artificial ingredients.

That’s why this company, after passing the rigorous certification process, can now call themselves Vegan certified by none other that BevVeg International, the law firm for global vegan certification.

Little Machine products can be found online at www.littlemachinebeer.com, in their state touring food truck, their local bar and brewery (which notably has 2 friendly dog patios), and their vegan beer products are now listed in the BevVeg vegan database; a FREE consumer app, with more than 1 million listed beverages, considered the “Ultimate Alcohol Guide.” by vegan news publications.

BevVeg International is the world leader for vegan beverage certifications including beer, wine and spirits, as the firm has the only specialized vegan beverage trademark on the planet.  The word “vegan” is not regulated by any government entity or law, and that’s why lawyers regulating the claims make the claims more credible.  BevVeg exists to raise the standard for consumer transparency by requiring companies who apply to disclose all ingredients and processes to raise the standard of the law and standardize the definition of vegan claims.