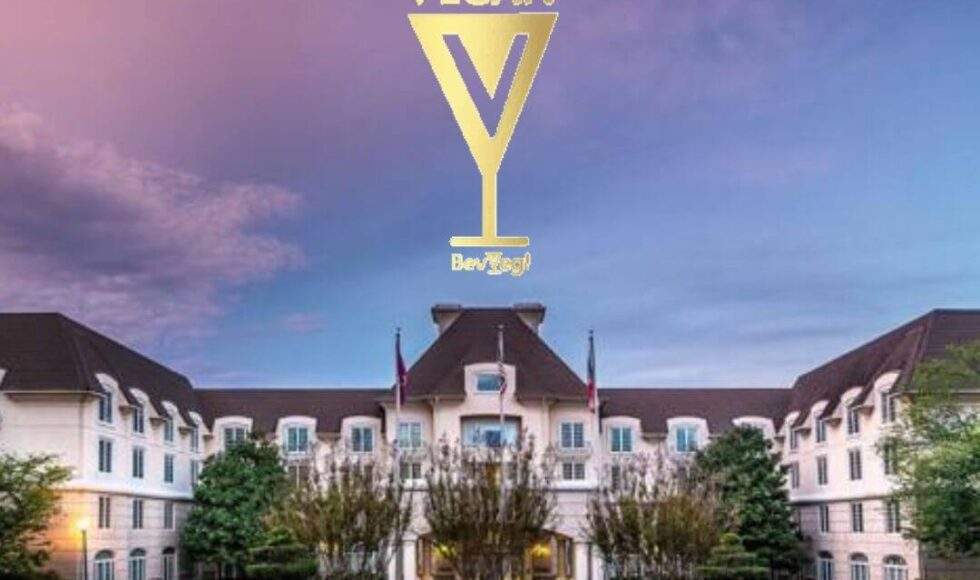 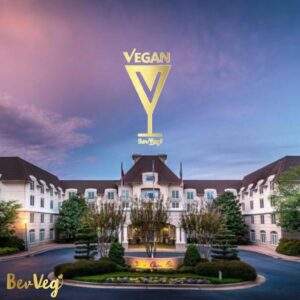 Georgia’s Award-Winning and Luxury Château Élan Winery and Resort Debuts as the Southern Gem of the Vegan Market and the First Southeastern U.S. Winery to Offer Globally Certified Vegan Wines

Braselton, GA (July 3, 2019) – Château Élan Winery, the East Coast’s most award-winning winery and one of Georgia’s premier meeting destinations, is now a staple in the vegan community having gained global vegan certification by BeVeg International for its line of six muscadine wines. Château Élan joins the prestigious ranks of wineries across the globe who are now appealing to the vegan wine lover by using a plant-based approach in its wine making process. Many wineries filter their wines through animal parts or have ingredients that use animal byproducts. Since alcohol rarely has disclosures on the bottle, the consumer rarely knows exactly what they are consuming.  After an extensive review of its production practices and ingredients, Château Élan passed the rigorous BeVeg vegan certification process for its Duncan Creek, Duncan Creek Red, Duncan Creek Rose, Summer Wine, Spring Blossom, and Autumn Blush.

According to Carissa Kranz, founder and CEO of BeVeg International, the company’s certification seal is “a stamp of approval” that tells vegans and others who care about sustainability and social responsibility that a wine label that carries its trademark meets the strictest standards of vegan compliance. BeVeg International is proud to welcome Château Élan Winery on board.

Château Élan’s executive winemaker and operations director, Simone Bergese, proudly notes that has become his “biggest career accomplishment”. In just seven years, Bergese has taken the production from 7,000 cases of only seven wine variation to now producing 35,000 cases of 27 different variations of wines. The winery’s newest goal is transforming its winemaking process to one that promotes healthy and cruelty-free standards. To do so, “Château Élan has eliminated additives and animal derivatives in its winemaking,” says Bergese.

Around the world, conscious companies are starting to embrace these higher standards of production and want independent verification from BeVeg International, a law firm for global vegan certification. BeVeg International certified Château Élan’s production practices as vegan-friendly after reviewing the entire vineyard’s winemaking process. Under Bergese’s leadership, Château Élan has become the most-awarded winery on the East Coast since 2016. From wines made with the muscadine grape to their buttery chardonnay, the wines of Château Élan have won hundreds of national and international awards. Now, its cutting-edge technology and eco-friendly processes has earned Château Élan the new accolade of being the first southeastern U.S. winery to offer globally vegan certified wines.

After having been very successful in other businesses the founders, Don and Nancy Panoz, applied the same principals and built winery and in 1983 the first vineyard was planted. Over the years, Château Élan has grown into a beautiful estate winery with a luxurious resort. Nestled just 40 minutes outside of Atlanta, Château Élan caters to all who visit with their gorgeous European-style health spa, four golf courses, eight restaurants, tennis courts, equestrian show center and best of all the vineyards, winery and wine market. Beautifully situated on over 3,500 acres of vineyards and hills in North Georgia, there is no way to miss the eye-catching landscape when you drive by this beautiful winery. With the sweet French European charm combined with true southern hospitality, Château Élan is without a doubt a place to visit. For more information on Château Élan Winery & Resort, please visit: www.chateauelan.com

BeVeg is the only law firm in the world that specializes in vegan certification, regulation, and advocacy. The firm exists to raise the standard for consumer transparency by requiring companies who apply to disclose all ingredients and processes to packaging. Kranz states, “it’s about being forthcoming.” BeVeg demands honest information and only licenses use of its logo to conscious companies in alignment with the BeVeg vegan standard. BeVeg is featured as the GOLD STANDARD for vegan certification in Forbes, California Winery Advisor, PETA, CBS, NBC, Social Life Magazine, LiveKindly, and the Minnesota Growler, to name a few.  In addition, BeVeg was endorsed by celebrity supermodel, Christie Brinkley.

BeVeg attorneys possess a commitment to strict vegan standards. No other certification company is owned, operated, and managed as a law firm and by a team of attorneys. Dedicated attorneys research and draft custom applications and require rigorous disclosures and representations by prospective licensees to ensure that the BevVeg Vegan Standard maintains its integrity. BeVeg is the standard of compliance and use of the logo is considered the premier stamp of approval for those looking for the greenest plant-based options.