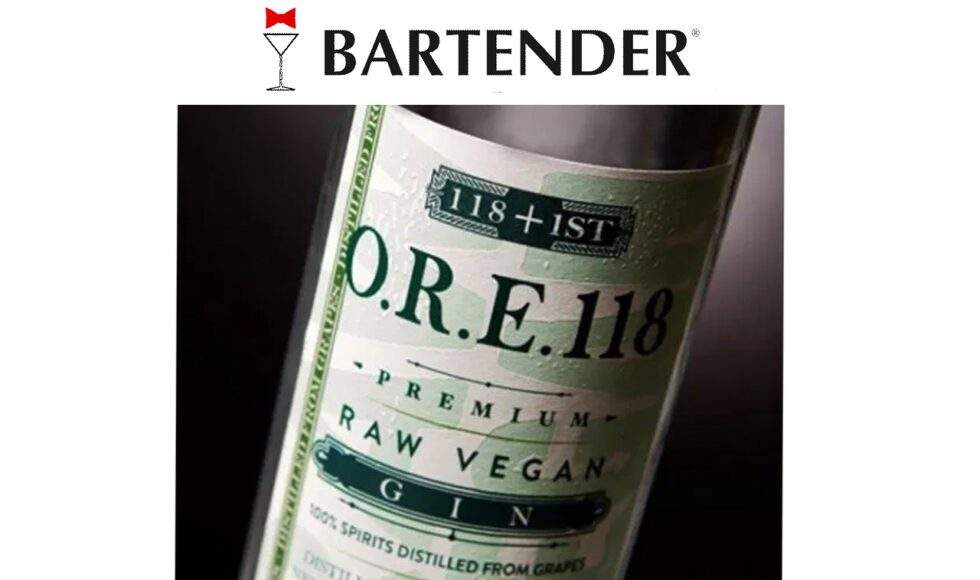 Robert Elder wanted a Martini to go with his dinner, but the server at the raw vegan restaurant he took his family to wouldn’t serve him one. “I’m over 21,” he pleaded with the server. Regardless of legality, gin wasn’t on the trendy Manhattan restaurant’s menu. Nor was vodka, whiskey, tequila or any spirit—only beer and wine were considered raw and vegan, that is, not distilled above 118 degrees Fahrenheit, as grain alcohol requires.

Elder grew up in downtown Manhattan, in a brownstone on the East Side where his parents would—very legally, he notes—make wine in their home’s cellar. His great uncle would take the pumice (the remnants from the grapes), and distill grappa (perhaps less legally, but let’s not get into that). Elder would hang out at both cellars and help with the process, occasionally being gifted a cherry soaked in grappa as a reward for good behavior.

As an adult, Elder gained an affinity for gin, and while he liked the cuisine at the raw vegan restaurant (chosen for his nieces’ diets, not his own), “It would have been better if we had Martinis,” he laughs. So he set out to create the world’s first raw, vegan-friendly gin: ORE 118+, which just hit the market.

Making raw vegan gin is unique from distilling standard spirits. Because yeast (and human stomachs) can’t digest grains that aren’t cooked above 118 degrees, Elder knew he had to use fruit to create the eau de vie for his gin. He choose Chardonnay grapes—a nod to his family’s home winemaking hobbies—but notes that really any fruit such as peaches, pears or plums would work to create the base. After a chemist helped develop the base spirit, Elder tested organic botanicals and combinations of botanicals, eventually landing on ingredients like green peppercorns and ginger to infuse into the gin. They added flavor, but still let the Chardonnay notes shine. The 82 proof gin stands up on its own, with a wedge of lemon or stirred with the typical gin cocktail mixers like tonic or juice. And, of course, it works in a Martini.

Elder believes that raw vegan spirits will become more popular, not just because they are raw vegan, but because they are “great tasting spirits” that expand the flavor profiles in the category. At Tribeca Grill, where ORE 118+ is served, a cocktail featuring the spirit created by sommelier Nikita Malhotra is a top seller—and raw vegans definitely aren’t the main clientele at Robert DeNiro’s snazzy Manhattan restaurant.