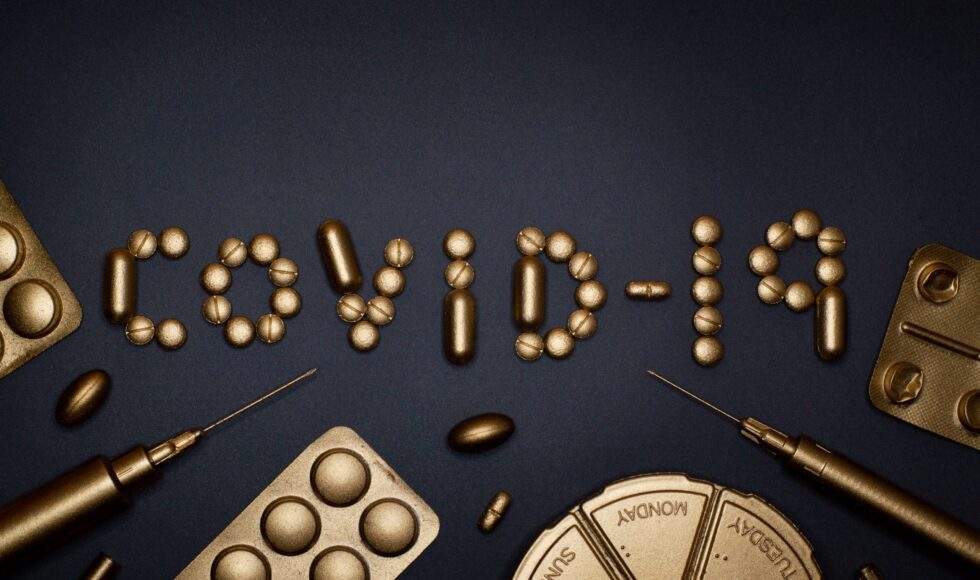 The next viral pandemic could be deadlier. How do we prevent another viral plague? Is a plant-based world the panacea?

The deadly coronavirus, that is now plaguing humankind, has been traced back to a live meat market. So have other deadly global pandemics like SARS. It is believed Ebola is connected to the consumption of bush-meat, the meat of wild animals. E-coli and salmonella are connected to the presence of feces in the food system. A Consumer Reports study found that 100% of the hundreds of pounds of ground beef examined contained fecal matter. The exploitation of animals for meat has also resulted in other contagions deadly to humans: mad cow disease, swine flu (pigs), avian flu (birds), Spanish flu (farm animals), HIV (primates), etc. There is an undeniable link to animal exploitation for meat and deadly human pandemics.

This is a time for all of us to take a pause. What are we doing to ourselves and to this planet? Why has nearly everything shut down in the world except the very culprit of these viral pandemics: Slaughterhouses? Do we realize that in our quest for survival (grocery hoarding) we are feeding and funding the very industry that is known to give birth to these deadly viral pandemics?

COVID-19, dubbed the coronavirus, is an uncontained highly contagious global pandemic spreading at unprecedented rates. To prevent the spread of the virus, we are on heightened alert for germs and unsanitary conditions. We are wearing masks and gloves and wiping everything down with Clorox. We are isolating ourselves from others and in quarantine. Our hands are chapped because we’ve washed them so much. We are all working from home or out of jobs condemned to be home, watching the news dismayed as our world leaders put the world on lock down. We are witnessing the shut down of all non-essential businesses, flights cancelled, stay at home orders in effect, and state and country borders closing, all with the hopes of containing the virus.

With no apparent vaccine, no end in sight, and a death toll that climbs daily, people are panicking, stocking up on supplies and food, as they prepare to hunker down. As we hoard groceries and toilet paper, the virus continues to wreak havoc on human health and destabilize global economies. The Coronavirus has literally caused the world to shut down and panic. To distract the panic, the US Senate passes an unprecedented $2.2 trillion coronavirus stimulus package to save our economy from a Great Depression.

This global catastrophe would not be happening if we lived in a plant-based world. We must evolve, if only for our own survival. It’s time to make veganism go viral.

At what cost to lives, the environment, and our overall planetary well-being until will we stop heading down the same destructive path? A stimulus package and a vaccine (if found) is damage control. What’s the solution for a sustainable society? What do we need to do to protect our planet and our own well-being? The truth is, this global catastrophe would not be happening if we lived in a plant-based world.

History has shown us time and time again that slaughterhouses and “wet markets” are unsanitary cesspools for feces, blood, guts, disease, urine, and other bacteria to incubate and mutate into deadly human viruses. What else is there? What’s the next pandemic unleashed from animal exploitation for meat to wreak havoc on humankind? For centuries, deadly viruses traced back to animal farming and slaughter have plagued mankind. Is this the Law of Unintended Consequences in play? Is it worth taking any more chances?

Just consider these deadly human conditions linked to animal exploitation that are responsible for the deaths of hundreds of millions if not billions of people:

The common denominator? Animal exploitation for meat. It kills us too.

When you make an industry over the exploitation and killing of animals for meat, there is no way to keep bodily fluids, blood, guts, and diseased conditions safe and sanitary for humans. We slaughter 3 billion animals a day and more than 1 trillion animals a year for meat. The industry and conditions required to raise this quantity of animals for slaughter and food is unsanitary, inhumane, diseased, and perhaps the greatest weapon of mass destruction. The death toll for us and them is unprecedented. When there’s a pandemic, they get systematically wiped out, while we scramble to find vaccines to survive. There’s no way around it. The business of exploiting and killing animals for food is a hot bed for highly contagious, deadly viral global pandemics.

History is repeating itself

Yet, we are still feeding the industry demand. Grocery store shelves are out of meat, and the USDA is heroically assuring the public slaughterhouses will remain open. Do we realize the gravity of live meat markets and slaughterhouses to humankind? What’s the next global viral pandemic that will plague mankind?

Humanity should not build an economy that survives on the business of systematic mass murder of other beings. Humanity should be humane. We are abusing Mother Nature and ruining our natural habitat. This is about humanity’s relationship to nature, to people, to animals, and to the world. What is our true human nature? We are killing our planet, its natural habitat, and it’s inhabitants to raise and kill a trillion animals a year. Is this what human nature wishes to do to Mother Nature? Probably not. This is an intervention by mother nature. Humankind must take pause and listen. Humankind’s relationship to nature and all kinds, and all kinds of things must become kind — our kind depends on it.

Every single human being’s life on this planet is at risk of contracting the deadly coronavirus, just by walking out their front door, and sharing airspace with the rest of the world.

In an effort to prevent disease and food borne pathogens, and in the interest of global public health and safety, should the CDC order the closure of all live meat markets and address factory farm / factory slaughterhouse conditions? What’s our fundamental right to clean air, as the world walks around in masks? What’s our fundamental right to life, as the death toll increases? What’s our fundamental right to liberty, as we are forced into quarantine? Do we have rights as victims to the virus as we are deprived of life, liberty, and pursuit and economic property? Can we demand clean air laws, like we have smoke-free laws? Do vegans and vegetarians, which make up about 10% of our global population, have legal rights under the Clean Air Act or Environmental Protection Act? In fact, do we all have rights under these acts because we rely on these federal agencies to protect us? Who can be held accountable for infringing on our fundamental rights? After all, these highly contagious pandemics are viral air pollution. Do these unsanitary practices globally infringe on our fundamental personal civil liberties? Was that meal really worth it?

We may not be able to rely on big industry businesses, big governments, or special interest politics to protect us. But that does not leave us helpless. As a species, we can help ourselves and our planet by returning to a plant-based diet. By decreasing our meat consumption, we end the demand for factory farming, live meat markets, factory slaughterhouses, and unsanitary local slaughterhouses (aka wet markets). Thereby, we eliminate the cesspool conditions that give birth to deadly viral pandemics that kill humans, and will continue to kill humans so long as these inhuman and unsanitary practices are in place.

Our survival as a planet depends on us ending the inevitable diseased viral conditions that exist and always will exist so long as slaughterhouses are big business. Let us not forget, this coronavirus crisis and financial crisis would not be happening if we did not exploit animals for meat. Likewise, our climate crisis would end if we stopped exploiting animals for meat. Millions of acres of our rain-forests are cleared a year to keep up with consumer demand for meat consumption. It takes tremendous natural resources: land, food, and water to raise and slaughter more than a trillion animals a year for food.

A plant-based world is the panacea

In our efforts to create a safe, sustainable world, it is important to define terms. Vegan is a term that is not legally defined but means containing no animal parts or by-products and produced without contact with any animal parts or by-products. Our survival as a species depends on sanitary food, beverages, and products that are not contaminated with diseased meat, bodily fluid, and fecal matter.

This is a time for consumers to demand honest ethical labeling. Supply chains must be held accountable to ethical, humane, sanitary standards. Likewise, the time is now for plant-based companies to be loud and proud of their food safety standards and veganism. They can do that by globally certifying that they are vegan with BeVeg, the world’s top vegan certification company. Certified vegan companies can show off the global trademark badge of honor!

“If you care about food safety and the sustainability of our planet, then let’s evolve… if only for our own survival, it’s time to make veganism go viral. A Vaccine may end this pandemic, but veganism is the panacea.” — BeVeg campaign to end global pandemics.

BeVeg International, is a law firm for vegan certification, founded by awarded-Super Lawyer Carissa Kranz. BeVeg is on a mission to globally and legally standardize vegan claims. BeVeg licenses use of its vegan symbol to companies and products with ethical business practices that do not partake in the exploitation of animals.

Join the BeVeg Movement! Get your product vegan certified.

You too, can join the BeVeg campaign to make veganism viral. Be proud of your conscious business practices, and show off your official vegan BeVeg badge of approval. BeVeg is a law firm for global vegan certification, with international trademark protection. Certify vegan with BeVeg, the only law-firm-issued vegan symbol in the world, and make your vegan claim official.

Let the world know you care about food safety and the survival of our species, which is dependent on the survival of all species. Show off your socially conscious business practices by proving up your vegan claim and using the global vegan symbol. Together, we can make “veganism go viral”. We invite you to globally certify vegan with BeVeg and join the movement to shut down live meat markets and slaughterhouses. Certification fees will go to fund litigation for vegan rights, and JaneUnchained. 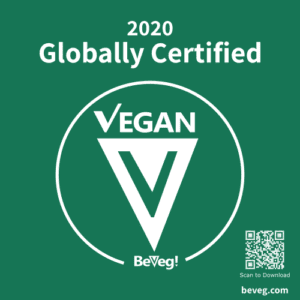