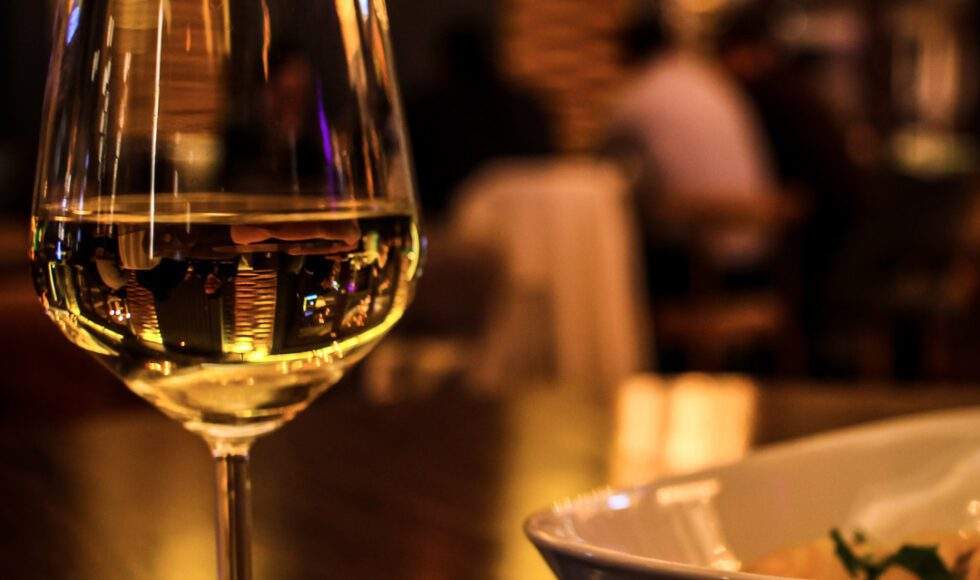 Although this may sound like a silly question, many wines are technically not vegan because of how they are processed.

A brief history of wine. The earliest archaeological evidence of wine comes from Jiahu village in central China, almost 10,000 years ago. According to Scientific A 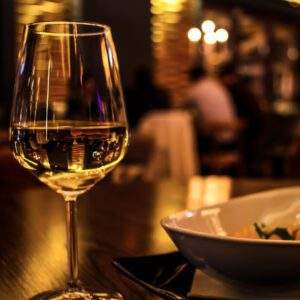 merican, traces of a honey and rice-based wine were found on pottery shards. It’s speculated that it was likely made from a blend of the hawthorn fruit and wild grapes. People in the areas now representing Armenia and Georgia experimented with fermentation of grapes as early as 7,400 years ago. Several cultures throughout history, from the old Egyptian god and lord of wine Shesmu to the Greek god Dionysus (or Bacchus, if you’re Roman) have associated wine with divinity. It’s still used in Catholic mass to this day.

In a 1779 letter to French economist André Morellet, founding father of the U.S. Benjamin Franklin wrote, “Behold the rain which descends from heaven upon our vineyards; there it enters the roots of the vines, to be changed into wine; a constant proof that God loves us, and loves to see us happy.”

The modern wine market is going strong. The total U.S. sales topped $62.7 billion in 2017. At 2.94 gallons per person each year, the U.S. is the largest wine consuming nation by volume. Like any other industry, wine is shaped by consumer trends. Chardonnay and Cabernet Sauvignon are the top 2 favorites, but rosé is fast-growing, with a 59% increase in value in 2017, according to Nielsen data.

What Makes Wine Not Vegan? At its core, wine seems vegan. It’s just fermented grape juice. But a filtering process known as “fining,” which removes particles that settle to the bottom of the bottle and make wine hazy often uses animal products in the process. Traditional fining agents include gelatin (which comes from animal cartilage), egg whites, milk proteins (casein), isinglass (a kind of gelatin obtained from fish) and the dried swim bladder of fish. There are vegan alternatives, such as kaolin clay, bentonite clay and activated charcoal, but animal-based fining agents are cheaper since they are throw-away byproducts of animal agriculture.

Fining wine is more a matter of customer preference than necessity. In fact, sediment in wine ad to the taste but customers erroneously think it’s a sign of a bad wine. In the industry, these sediments are known as “dregs,” and despite the name, they’re not a bad thing. Dregs are essentially comprised of dead yeast cells, grape solids, tartrates, tannins, and phenolics. Tartrates give the wine a tart flavor and you may have even seen them in the form of red or white crystals on the side of the bottle. There are also sediments known as “gross lees” and “fine lees”. These are produced during the wine making process and they settle to the bottom of the wine barrel or vat. These are completely fine and do not impact on taste or quality at all. Some winemakers leave these in on purpose. There may be other reasons why a vineyard may choose to filter its wine, such as covering a bad harvest.

If you’re avoiding animal products, how can you ensure wine is vegan? It’s not as simple as reading the label.

There are databases like Barnivore, a database of nearly 45,000 alcoholic beverages, that lists vegan-friendly drinks. Or, you can buy from a source that only offers vegan wine. There’s also BevVeg, a law firm that provides vegan certification for food and beverage companies in more than 70 countries. BevVeg also has a free mobile app for both Android and iPhones with a database of over 50,000 wines.

There are at least 64 ingredients that can be added to wine without needing disclosure on the label, ranging from animal-based fining agents to color additives (such as MegaPurple, a grape concentrate added to “color correct” wine), oak chips (to replicate the flavor of aging in an oak wine barrel) and stabilizers.

If you see the BevVeg logo, your wine is vegan

You can see the full article on Dr. Chuma’s Wellness Site