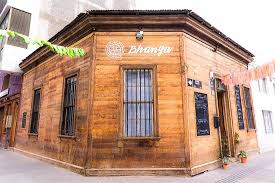 (February 2020) Espacio Bhanga is the second restaurant in Chile to be globally Certified Vegan by BeVeg international, a law firm for vegan certification. While BeVeg focuses on vegan product certification, when it comes to restaurants, BeVeg will only certify fully compliant vegan restaurants as per the standards outlined online at https://www.beveg.com/vegan-business-and-restaurant-certification/

Espacio Bhanga specializes in 100% healthy vegan food dishes. You may think all vegan food is healthy, but that is not always the case. Like all food, vegan food can be friend. But not at Espacio Bhanga. This is a restaurant without a frying pan. Espacio Bhanga specializes in smoothies, juices sweetened with dates, salads, burgers, and sandwiches. Their menu is a specialty of its own as each day, they have something different.
For more information go to their website at https://espacio-bhanga.business.site

BeVeg CEO, Attorney Carissa Kranz, is leading the company in raising the standard for consumer transparency by requiring companies who apply to meet the set out BeVeg Vegan Certification standards, as she also sets out to publish a book for Vegan Publishers entitled Vegan Law: Know Your Rights. For those of you who don’t know, veganism in general, even the word, is not currently carved out in the law. That’s why Ms. Kranz is also selected to author a chapter in another book to be published by Lexington in Europe about global vegan label law, and the need for certification.