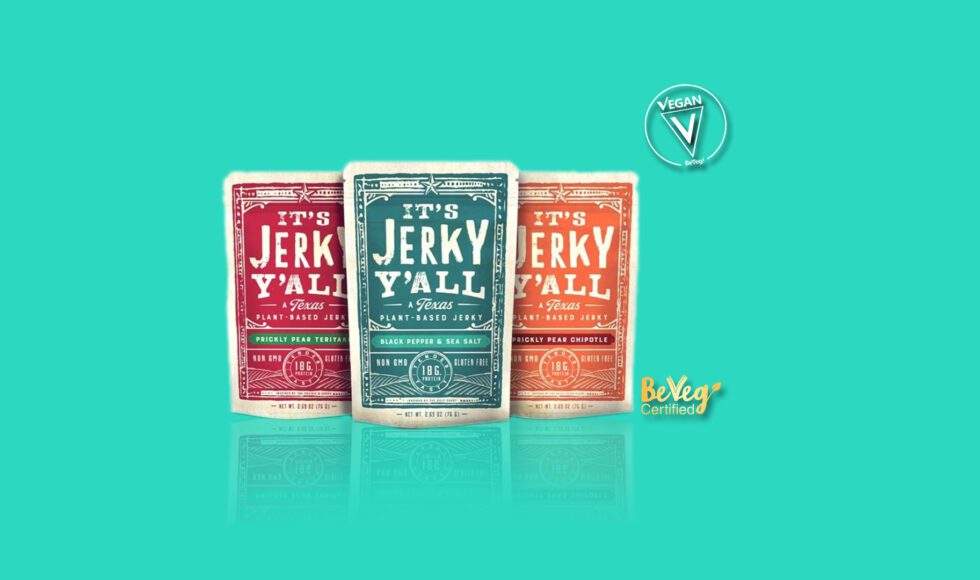 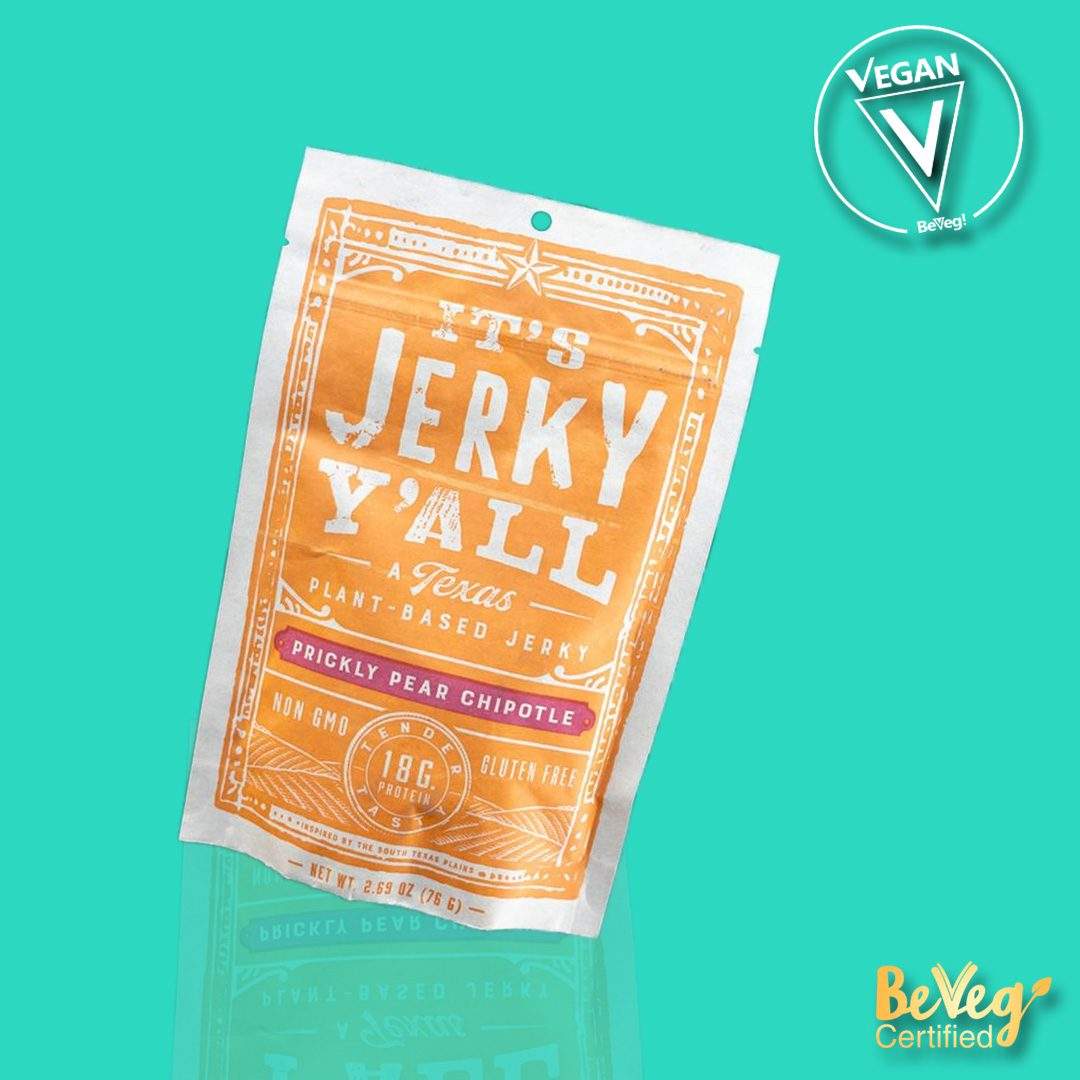 The Texas company announces its vegan certification as it rolls out in big-name stores across the country.

All Y’alls Foods, the maker of “It’s Jerky Y’all” officially announces its BeVeg vegan product certification for all of their current & forthcoming snacks. This comes on the heels of its debut in 85 H-E-B stores.

We want our customers to be confident that all we offer is 100% vegan. With BeVeg’s stringent requirements and vegan focused mission we are excited to have their official vegan certification trademark on our packaging as we enter the major grocery chains. A trusted vegan claim is important to our brand audience,” says All Y’alls Foods CEO Brett Christoffel.

Not only have these vegan jerky snacks won food awards for their good taste, but purchasing these snacks also makes you feel good. In addition to saving cows by making a delicious plant-based alternative, All Y’alls Foods also supports Rowdy Girl Sanctuary, a 501c3 non-profit in Waelder, Texas by donating a portion of their proceeds to the sanctuary. Notably, Rowdy Girl Sanctuary has the largest herd of rescued cows in Texas. In addition to caring for well over 100 animals they have a Ranchers Advocacy Program, which empowers ranchers and others in animal agriculture to shift to veganic farming and to keep operating their business, just in a new way. The BeVeg vegan certification fee went 100% to Jane Unchained News Network, a 501c3 non-profit media outlet for the animals.

BeVeg is the only law-firm-issued vegan symbol with global trademark protection. Represented in all continents except Antarctica. Are you ready to be “officially vegan“?Get vegan certified here.