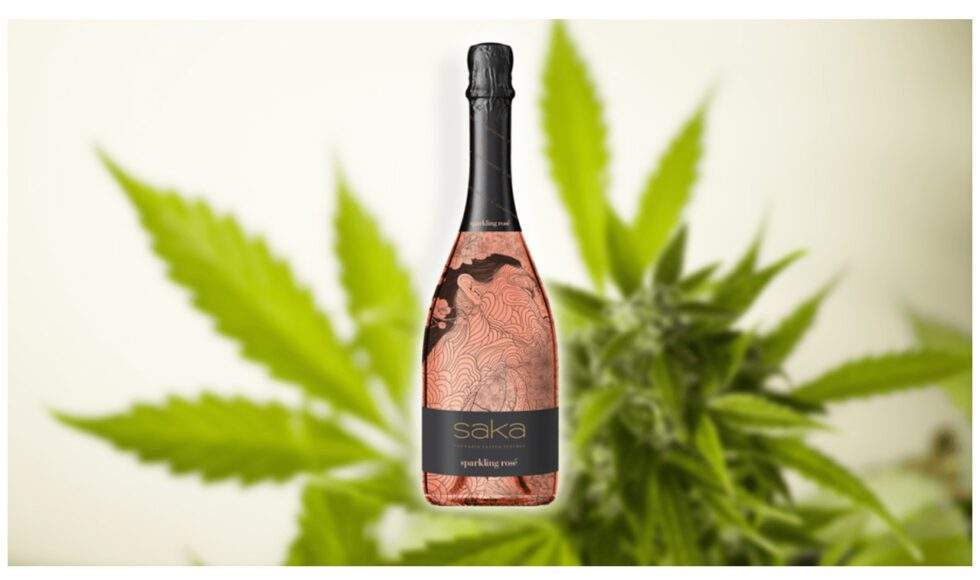 Crafted from grapes sourced from a single vineyard in California’s Napa Valley, House of Saka is an emerging brand in the luxury wine space. But you won’t find a drop of alcohol in its blends. Instead, its vegan sparkling rosés are infused with cannabis.

Cannabis-infused wine is a relatively recent innovation represented by only a handful of brands. But it, along with vegan wine, was named one of the top industry trends of 2019 by Bloomberg. House of Saka embodies both trends. The Pinot Noir grapes are fermented traditionally in stainless steel and it’s blended with a ratio of CBD and THC from organically grown craft cannabis.

While you won’t get the traditional buzz expected from wine because it’s alcohol-free, you will feel the effects within five to 14 minutes after consumption. It acts faster than traditional edibles like brownies because according to the company, the cannabis is more bio-available.

“What we’re trying to do is give the consumer who doesn’t want the effects of alcohol and the residual effects of alcohol, meaning calories and hangovers and such, that same experience, just in a cannabis format,” Tracey Mason, co-founder of House of Saka, told Forbes.

House of Saka confirmed with LIVEKINDLY that its wine is vegan — but what’s not vegan about wine to begin with?

The wine-making process usually involves a step called “fining” which is how brands filter out unwanted tannins, proteins, and other particles that might make wine cloudy.

Animal-derived ingredients like casein (milk protein), egg whites, gelatin, or isinglass, the dried swim bladder of a fish, are traditionally used as fining agents. These are all considered “incidental additives”that don’t need to be disclosed on the label, according to BeVeg, a firm that works to certify wine as vegan.

Vegan fining agents include bentonite clay, kaolin clay, and carbon. The consumer trend toward health and wellness is sparking the trend of clear vegan labeling on wine bottles, according to Bloomberg. It’s estimated that the cannabis-infused beverage business could be worth $600 million in the next three years.

House of Saka was co-founded by Cynthia Salarizadeh and Tracey Mason, entrepreneurs of the cannabis and wine industry respectively. The brand is named after Saka-Scythian warriors, mythological Amazonian women warriors who were said to use the cannabis plant in rituals.

“Wine has been infused with cannabis for as long as we can find in sacred texts throughout history. It is an appropriate time for a luxury line of products at the highest quality to enter the market,” Salarizadeh said in a press release.

House of Saka wines are expected to launch in more than 600 California dispensaries this year.

This article originally appeared on Livekindly. You can read the original article  here.