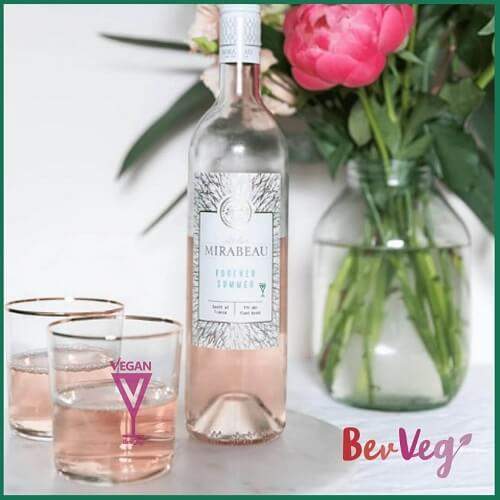 (December 2019) – Mirabeau, a world-class multiple award-winning French winery, has a new accomplishment to brag about. They are now Vegan Certified with BevVeg International, which is managed by a law firm for global vegan certification. Mirabeau officially gets to use the popular and globally trademarked wine glass vegan symbol on its bottling and in its marketing materials.

The French Winery is located in the heart of the Provence area, which is famous for its world-class wines, and Mirabeau is among the most notable there with its commitment to great taste, quality, and transparency in labeling. “Mirabeau has a lot to gain by being globally trademarked vegan by BevVeg. Since Mirabeau is a world class wine, with great distribution globally, the benefit from the legal trademark protection of a globally recognized trademark,” says Carissa Kranz, Esq., Founder and CEO of BeVeg International, which runs the BevVeg vegan beverage certification program.

Mirabeau’s wines can be found and purchased worldwide, and are now listed in the BevVeg vegan database; a FREE consumer app, with more than 1 million listed beverages, often called the “Ultimate Alcohol Guide.”