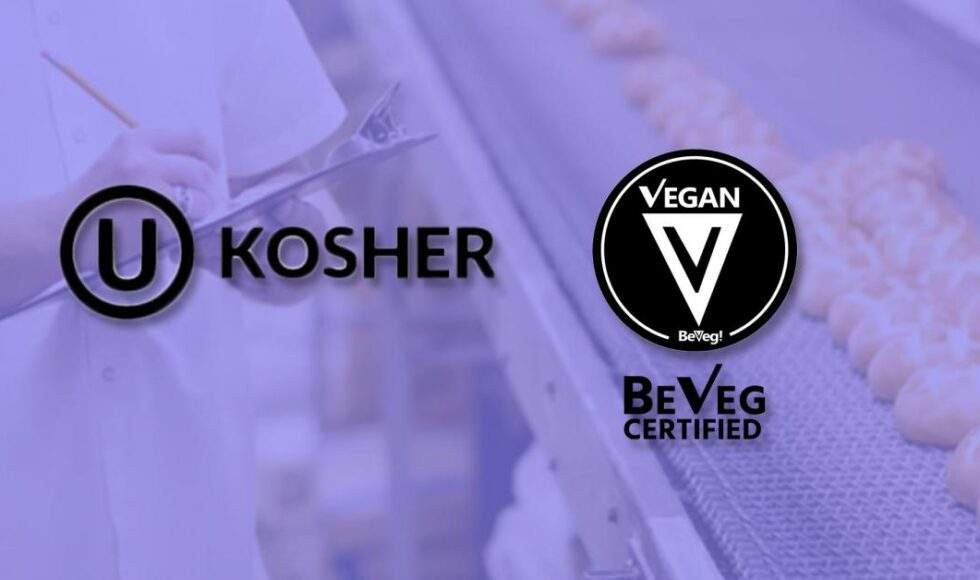 This article was originally posted on OU KOSHER.

According to a study by Chef’s Pencil, interest in veganism was at an all-time high in 2020.  Analyzing google Trend’s data they looked at popular vegan search terms around the world and in many languages. The data showed that veganism is twice as popular now as it was just five years ago. And according to a report by Grandview research the global vegan food market size was valued at USD 12.69 billion in 2018 and is projected to expand at a compound annual growth rate of 9.6% from 2019 to 2025.

BeVeg as the world’s only ISO accredited vegan trademark is the first and only vegan standard in the world to gain international accreditation in accordance with ISO 17065 for product certification, and 17067 as a program for global certification bodies.

To help simplify the vegan certification process while maintaining program integrity,  BeVeg has partnered with OU Kosher whose global network of field representatives will perform audits on sites and products already under Kosher supervision. Since OU Kosher has the world’s largest market share of certified products, over 1.2 million, OU Kosher certified companies wanting to add vegan to their portfolio of products can easily do so. This partnership will also help ensure the integrity of the BeVeg vegan standards.

Brands and companies now bearing the BeVeg trademark span all food categories including, vitamins, wines, restaurant chains, Jerky snacks and ice-cream.   And one of the world’s largest meat producers JBS, sells BeVeg Vegan Certified plant-based brand OZO in stores around the US.

BeVeg founded by Carissa Kranz — a vegan from birth — wanted to create a global standard for vegan certification.   Kranz saw allergen warnings like “may contain”, designed to help the allergic customer as confusing for many consumers.  The BeVeg vegan certification requires the industry to treat vegan claims in the way gluten-free and kosher certification are handled.  “If the product was made in a shared facility but in a separate building, it should not also say “may contain traces of dairy,” says Heather Landex, BeVeg chief compliance officer.

The BeVeg vegan standard is different from all other vegan trademarks not just because it’s accredited but because it requires SOP, HACCP plans, and facilities to consider and define BeVeg contamination controls for facility certification. BeVeg is also the only trademark standard that certifies facilities and products.