THE BEET: The Ultimate Guide to Vegan Alcohol 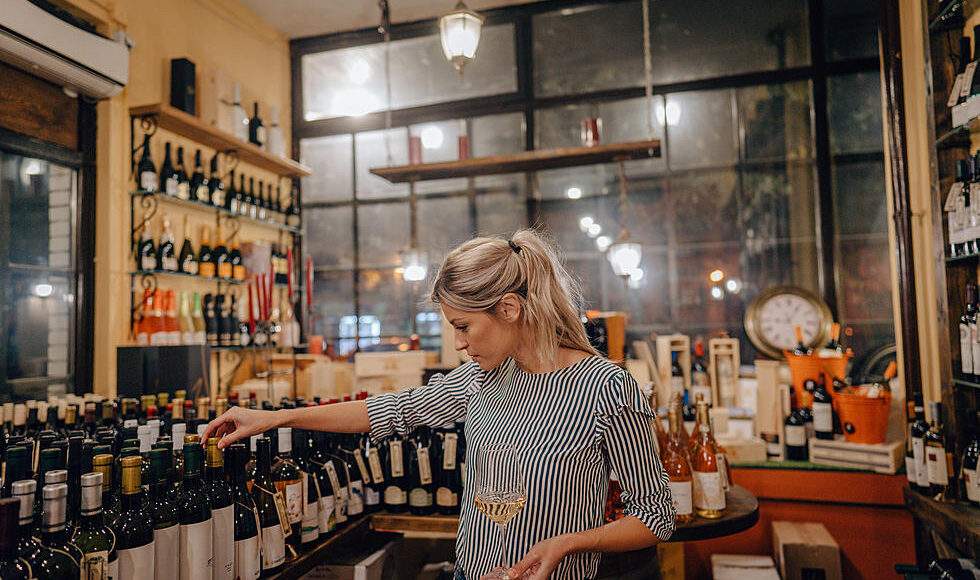 This article was originally posted on TheBeet.com

If you’ve decided to eat vegan and avoid animal products, you may be surprised to learn that not all alcohol – including beer, wine, and spirits – is vegan. The main ingredients may be hops, barley, malt, yeast (for beer) or potatoes, sugar or grain (for alcohol), or grapes and yeast (for wine), but that doesn’t mean animal products aren’t used in the processing, filtering and “fining” of your favorite adult beverage.

Unlike food products, alcohol doesn’t come with nutrition or ingredient labels, which makes it tough to know if there are animal-derived products used in the making of these drinks. It’s not just the ingredients that create a beverage that ends up in your glass, but also the ingredients used in the distilling and filtering process, and it’s known that brewers, distillers, and vintners use egg whites, crushed bones, or even fish bladders in the “fining” step that gives your beer or wine its clarity. For many vegans, that’s reason enough not to drink certain types of booze.

So what type of alcohol is vegan? This guide will show you how to find vegan beer, vegan wine, and vegan liquor, whether you have ethical reasons for your choices or you are interested in putting fewer chemicals into your body for health purposes. You’ll simply have to shop intentionally– and weigh whether it’s worth it to you to go the extra mile.

By definition, vegans don’t eat, drink or use any products that are harmful to animals or that are made with animal ingredients involved. So the simple answer is that as long as you’re choosing a vegan beer, vegan wine, vegan spirit, or the trendy hard seltzers or kombucha that fits this requirement, then yes, vegans can and do drink alcohol.

The health risks of alcohol consumption

If, however, you’re following a plant-based diet, especially if you’re aiming to eat foods made only from plants for the sake of your health, then alcohol is not a good fit. “Alcohol is not part of a whole food plant-based diet and thus, not a part of the healthiest way of eating for disease prevention and longevity,” says Kim Scheuer, M.D., plant-based lifestyle medicine physician and founder of DOKS Lifestyle Medicine in Aspen, Colo.

The CDC warns that alcohol consumption is tied to higher rates of several forms of cancer, as well as high blood pressure, heart disease, stroke, liver disease, and digestive problems. For more on the risks of alcohol consumption, check out 5 ways alcohol may be sabotaging your healthy diet efforts.

However, if you do choose to consume, at least limit your consumption to no more than two drinks a day for men and one a day for women, according to the American Heart Association.

If you love beer, you will love hearing this. “Most beers are vegan by default,” says Jason Behenna, the owner and brewer of Escape Velocity Brewing in West Lafayette, Ind., an all-vegan brewery. That’s because beer is traditionally made with four ingredients, all of which are naturally vegan: Water, hops, grains, and yeast.

What about in the making of the beer?

In the past, brewers would rely heavily on isinglass, or the bladder of a fish, as a fining agent in the brewing process. Isinglass was used to make beer brighter and shorten its aging time. It’s why Guinness was never considered vegan until 2018, when it announced that it was removing isinglass from the brewing process. These days isinglass is more difficult to use, Behenna says, so most brewers have moved away from it.

If you’re curious about which beers are vegan, check with the expert site, Barnivore.com and download the free BevVeg app. And if you’re not sure, especially if a beer name or description raises questions, ask the brewer. Or simply purchase your ale or IPA from all-vegan breweries; look for designations on bar menus about which beers are vegan, something that more places have started adding. A few popular labels that make vegan beer include:

Finding vegan wine is trickier than it sounds since most wine is usually not vegan due to the processing and fining before it reaches the bottle. “Wine can be a very unnatural product with most of its ingredients being not vegan,” says Frances Gonzalez, CEO, founder, and owner of Vegan Wines, a subscription-based club and online wine shop.

To make things more difficult, ingredients in wine are not listed on the label and can include the soil treatment in the growing process. Biodynamic farms often use a spray that’s made from cow manure, and some growers add fish fertilizer or feather meal to the soil.

What else might make its way into your Pinot Grigio that’s unexpected and unwelcome, and un-vegan? Here are some of the animal-based products involved in typical winemaking:

As with beer, you can look for vegan wines on Barnivore and the BevVeg app. Also, check the wine bottle to see if there’s a vegan certification like one from BeVeg.

You can also ask your favorite winemaker if their wine is vegan. Gonzalez recommends specifically asking if any animal products are used in the fining of the wine, if animal products are used in the soil, what it uses for cover crops (hopefully, green manure, which is made of leftover crops from last year’s harvest), how it fertilizes the soil (some vineyards use mustard seeds and pea protein, Gonzalez says) and if it uses biodynamic spray. Learn more about how to choose a vegan wine.

When the spirit moves you, there is vegan liquor on the market, including vodka, rum, and tequila, but a word of warning: It may be even tougher to find than vegan wine, which means you’ll have to do more sleuthing.

“It’s not safe to assume most liquors are vegan, as there are too many undisclosed, undefined ingredients and additives that go into a final product,” says Carissa Kranz, Esq., CEO and founder of BeVeg International, an accredited vegan certification firm, adding that you should also dispel the notion that some alcohol is naturally vegan.

Manufacturers of alcoholic beverages aren’t required to disclose their ingredients, which means most people have no idea what they’re sipping – or what the filtration process was like for that liquor. “Just because liquor is less likely to go through a filtration process doesn’t mean there’s not a filtration or distillation process used, if not confirmed and audited,” Kranz says.

During that process, companies often use isinglass, gelatin, egg whites, fish skeletons, and more to capture impurities in the alcohol, and because the process of making alcohol is protected by laws that protect “trade secrets,” there’s no way to know any of that based on ingredients and label disclosure.

Unless you see the BeVeg vegan trademark, the world’s only ISO accredited vegan certification standard, you can’t assume your cocktail is vegan. BeVeg actually goes into the facilities and reviews the company’s processes, machinery, mixing and packaging facilities to make sure the vegan label has integrity and veracity.

Ingredients that make alcohol not vegan:

Bottom Line: Not all alcohol is vegan. Here’s how to find vegan beer, wine, and spirits

Check the BevVeg app to see which liquors are vegan. And of course, you can also ask the company, as liquor companies are becoming aware that people want animal-free, cruelty-free spirits, and more are beginning to disclose on their website if their products are vegan.