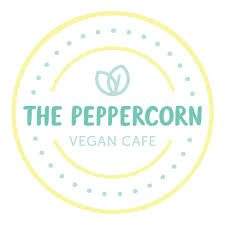 Huddersfield UK(February 2020). Peppercorn, a vegan café in the UK that specializes in homemade foods and deserts is now globally certified vegan by BeVeg International, a law firm for vegan certification.

After a review of the restaurant’s business practices and assurance of no possible cross contamination, Peppercorn passed the BeVeg vegan certification review process for restaurants as outlined on the company website https://www.beveg.com/vegan-certified-restaurants/
BeVeg is the only law firm in the world to specialize in vegan certification, regulation, and advocacy. BeVeg CEO, Attorney Carissa Kranz, is bringing credibility to vegan claims that never existed before, which is further discussed in a book by Vegan Publishers entitled Vegan Law: Know Your Rights. For those of you who don’t know, veganism in general, even the word “vegan”, is not legally defined or recognized. That’s why Ms. Kranz is also selected to author a chapter in another book to be published by Lexington in Europe about global vegan label law, and the need for certification. BeVeg is considered the good housekeeping seal of approval for all things considered vegan, as mentioned in Forbes, California Winery Advisor, PETA, CBS, NBC, Social Life Magazine, LiveKindly, and VegNews, to name a few. In addition, BeVeg is endorsed by celebrity supermodel, Christie Brinkley.