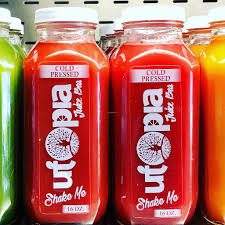 BevVeg – The only vegan symbol issued by a global law firm

Pompano Beach Florida (February 2020) Cheers to the very first juice bar in south Florida to be certified vegan with BevVeg, the only law firm in the world to offer vegan certifications.

Utopia Juice bar is well known for its divine acai bowl, fresh juices, smoothies, raw cold press, shots, beverages, and other vegan foods. Its delicacies join many other delicious vegan BevVeg certified brands across the globe who are appealing to the vegan consumer by proving up their vegan claims of using cruelty-free, plant-based ingredients only. As the consumer gains awareness that vegan claims are not held accountable if not certified, companies realize the importance of BevVeg verified vegan claims. Around the world, conscious companies are embracing higher standards of production practices and are seeking independent vegan verification from BevVeg International, the only law firm in the world to certify vegan and issue a trademark vegan logo backed by lawyers.

Utopia Juice Bar is fully vegan in its practices and ingredients used. Owner Jason Foltz believes in full transparency for the vegan consumer, and even the non-vegan consumer who wishes to dabble into alternative plant-based products that do not trade on flavor. They specialize in delicious plant based foods, juices, and beverages, and pride themselves on transparency as indicated by their many claims, and now certified animal-free products to its consumers. They also offer catering services.

BevVeg is the only law firm in the world that specializes in vegan certification. The firm exists to raise the standard for consumer transparency by requiring companies who apply to disclose all ingredients and processes to packaging, something the law does not currently require in order to make a vegan claim. Kranz states, “true honesty is about offering up information, which goes a step further than just turning over what’s asked of you.” BevVeg demands honest information.