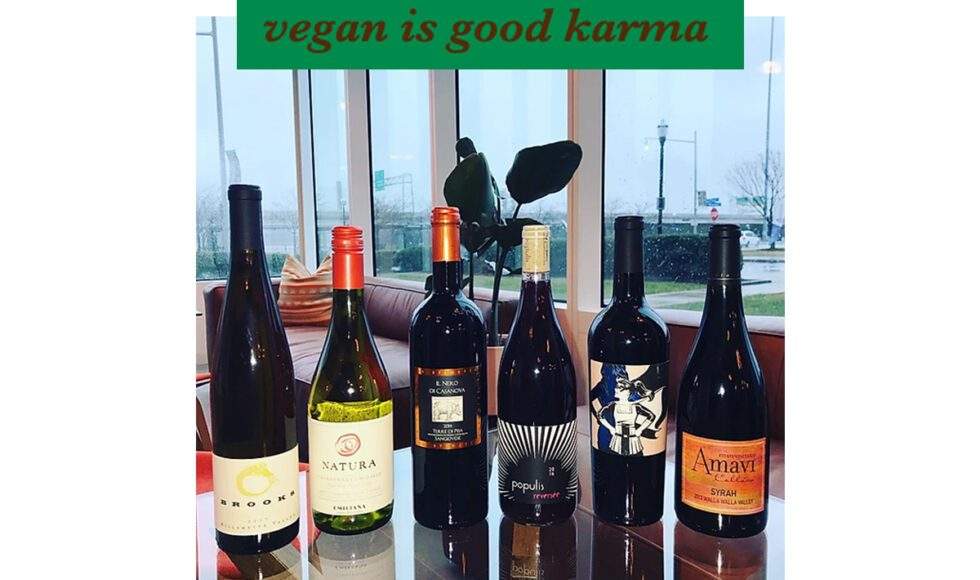 Natural Wines are not the only option for us vegans! 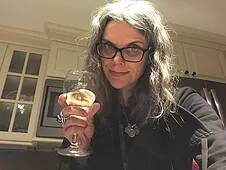 I’ve been really into wines that are vegan, since I became aware that a lot were not. What!?….Why not you ask? (as many did last night at my vegan wine tasting) Wines enter into the non-vegan territory during the fining process which happens before bottling. Winemakers use things like isinglass (fish bladders), albumen (egg whites), casein (milk protein), and even gelatin (made from boiled bones-so gross!), they use these things to basically clarify, and stabilize by gathering particles in the wine that can then be easily filtered out. (This is part of the reason people hold wines up to the light to see how clear they are……think filtered and unfiltered beer). 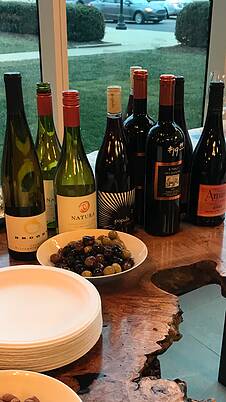 Originally, I was under the impression that natural wine was my only option as a vegan, and no commercially known producers/winemakers made vegans wine…..I now know that is totally incorrect, but at the time seeking out natural wines was a no brainer for a thirsty vegan.

The first time I became aware of wines that could taste ‘normal’ and were vegan was when I bought the Natura Pinot Noir from a now closed wineshop:(Bummer WineMarket!) I tasted the wine and was blown away that it was vegan and didn’t taste funky!

That started my research, to find more wines that were vegan, but you wouldn’t know it by tasting it!

Now finding out if a wine is vegan is not necessarily easy. Yes, there is BevVeg and Barnivore, but if someone hasn’t reviewed the wine, then you are out of luck. The bigger names tend to be on these lists, however I like my wines boutique or at most middlemen…so no Bonterra or Bogle please!:) 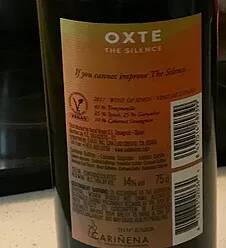 Most vegan wines don’t offer the big green V, and only might hint that they are vegan with the descriptors of vegan dishes that the wine would pair well with on the back label. Anyone know the reason behind this all? Negative association? It’s vegan so it must not taste good?

Well I’ve been doing a lot of emailing and facebooking to find vegan wines for the new wine store I’m at. (Waterfront Wine and Spirits, if you were wondering). 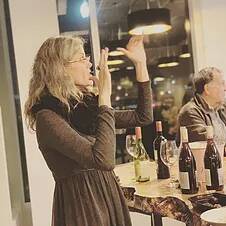 So last night I conducted a vegan tasting at work. Most of the wines were in the ‘traditional’ sense that we know of for wines and the flavors we are used to in modern wines. There were surprised looks and questions from vegans and non-vegans.

(I did present one natural wine, so everyone could taste the difference of a natural wine that is vegan and traditional wines that are also vegan.)

Now natural wines are either hit or mis with a lot of people, but I feel part of the attraction of natural wines, is the talking points about how they are made. So in order to really do this wine justice at this vegan tasting, I felt more research needed to happen.

To start off with natural wines are produced from small hand harvests of organic grapes. Some are even biodynamic (more hardcore organic and a little mysticism as well:) Then these small harvests of organic grapes are handpicked and brought into the winery to be crushed or carbonic maceration is used to start the natural yeast fermenting. This ‘natural’ yeast is the yeast that is found on the grape skins themselves. All grapes can do this, however to control flavors more, winemakers look at a yeast book and pick out the strain they want. 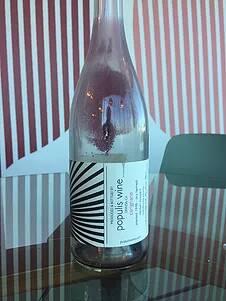 (Wines since the 20’s basically have commercial yeast. This yeast can guarantee the types or flavors from the grapes and phenolics from fermentation. Ever seen a yeast book, pretty amazing to read these descriptors!)

Then after fermentation with this natural yeast, the wine goes through natural malolactic fermentation (modern winemakers have additives to make this happen more speedily), then the wine is basically bottled. There is no fining, and if there is any filtration its very limited.

This guarantees that the wine is basically alive. There are no sulfites added (sulfites are added to stabilize wines and keep them fresh), so the wine develops even in the bottle. A natural wine shows off best with a slight chill, this makes the fruitness come forward, the funkiness/yeast lay out, and also help the wine to naturally fine/filter itself. Ever seen residue in your glass or the bottle?

With natural wines you never pour the bottle out to the last drop, unless you’re okay with chewing your wine:) 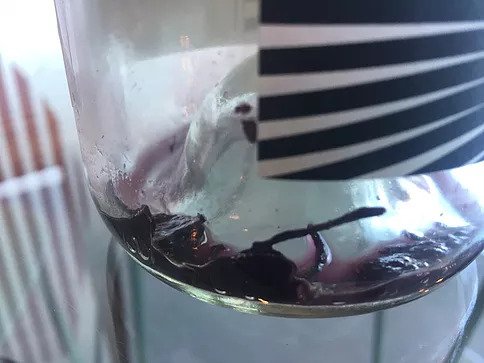 This article originally appeared on Vegan is Good Karma