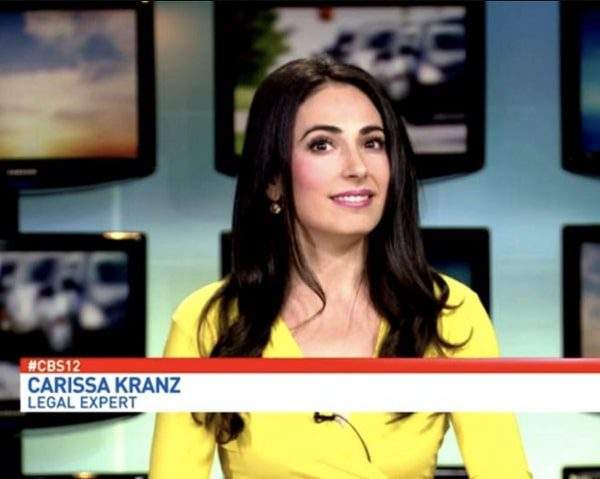 Besides anchoring on JaneUnchained News Network as the resident legal analyst, you may have seen Carissa commenting as the legal expert for major media networks like Fox, CNN/HLN, NBC, CBS, and shows like Nancy Grace and Dr. Drew. Carissa was also an anchor in New York City with Dan Abrams covering the country’s biggest court trials live for Law and Crime Network with distribution on A&E and Sirius radio. Most recently, Carissa co-hosted with award-winning journalist, and founder of Jane Unchained News, the Jane Velez-Mitchell, an Amazon Prime vegan cooking show New Day New Chef.

The first episode of Laws THAT Matter was breaking news. Carissa filed a petition for rulemaking in New York to shut down and permanently ban all live animal wet markets, which was covered as a CBS News exclusive the day before. The Trump Administration announces executive action to keep slaughterhouses open, at the risk of human lives during the coronavirus pandemic. Union workers are protesting their order to return to work and inability to collect unemployment should they choose to stay home. A federal law passed to allow for inhumane high speed slaughter. “Wet markets” on U.S. soil are finally being discussed and exposed on mainstream media.

The Laws THAT Matter weekly show discusses legal news you can use. Besides breaking world news, other topics to be discussed include vegan labeling laws, vegan parenting rights – who determines the nutrition of the child, vegan patient rights, vegan discrimination, should veganism be a protected constitutional class, how to exercise pandemic prevention hygiene, whether meat and dairy should have government warnings, government bailouts for animal agriculture, ag gag laws which silences the whistleblower and titles you a terrorist if you’re caught reporting factory farm crimes on animals, and more! Carissa authored a book addressing many of these potential vegan legal issues entitled Vegan Law: Know Your Rights. The book is expected to be published this summer by Vegan Publishers publishing house.