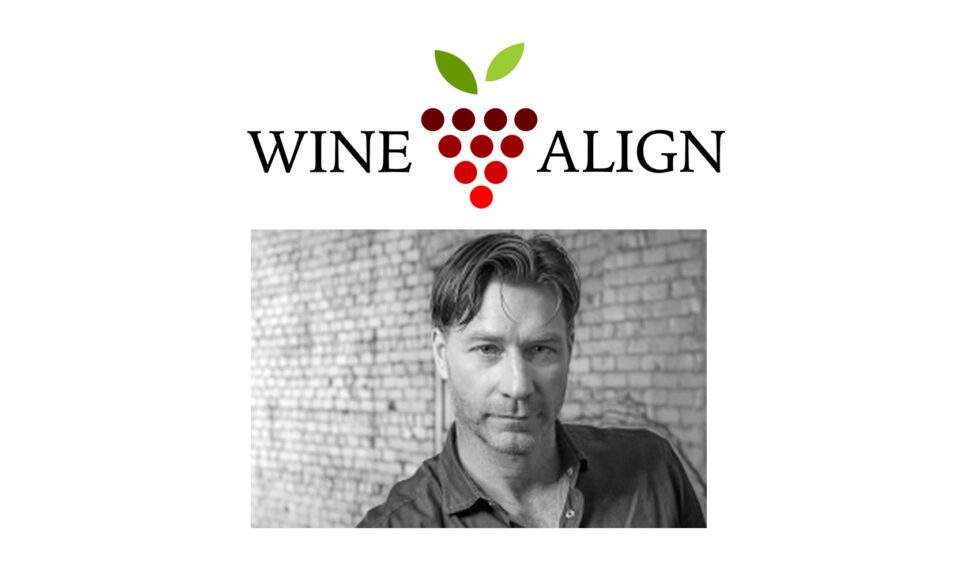 ‘Consumer activism’ in the food and beverage world is on the rise. Demand for organic, biodynamic and/or sustainably certified products is growing as consumers seek to support ethically and environmentally-minded companies. This week I’d like to shed some light on a related trend: veganism. Plant-based lifers with both a health and a moral/ethical angle are mushrooming, and demand for vegan products, including wine is escalating. Yes, that’s right. Not all wines are vegan. Let me explain. The WineAlign crü has also picked out the smartest international buys of the September 15th VINTAGES release, and next week David will cover the main theme, Ontario. Read on to drink for a better world.

There is confusion about vegan wines. Even many friends in the trade I have asked in the last few weeks have responded with a perplexed look. Knowing what’s what made challenging by the fact that wine, unlike everything else we put into our bodies, is not required to have a list of ingredients. But anyone who sells wine should bone up on the trend. It’s only a matter of time before someone asks you for a vegan wine. And vegans want to know what to drink.

Numbers are murky in Canada, but according to Google Trends, veganism is the number one health trend in the US, beating Paleo

5/2 and gluten-free diets to the top spot. Google searches for “vegan” are up 90%. 6% of the US population now identifies as vegan, compared to 1% in 2014, while in the UK veganism has rocketed from an estimated 0.5 million people in 2016 to more than 3.5 million today, 5% of the population. If you don’t believe that the trend is also growing in Canada, just take a stroll through Parkdale in Toronto. It’s been renamed Vegandale. And when high-profile restauranteurs like the Chase Group and Grant Van Gameren open vegan restaurants (Planta and Rosalinda, respectively), to name but two, you know something is up. 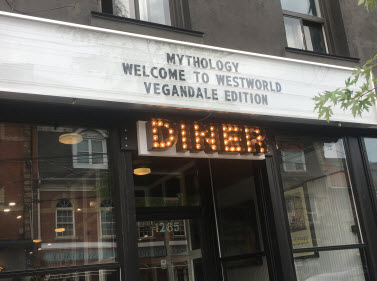 In contrast to vegetarianism, a purely dietary choice, veganism is not just about health and diet. It’s also adopted for environmental, ethical, and compassionate reasons. Influential documentaries such as Cowspiracy and What the Health have exposed the rather dramatic environmental cost of the meat and dairy industries. Philosophical opposition to exploitation of all animals is another driver. 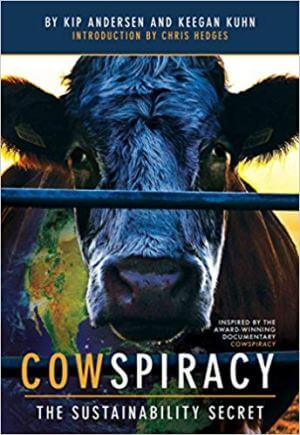 In short, veganism is a way of life, one that excludes the consumption or use of any products made from animals, including eggs, dairy, and honey.

The definition of veganism by the Vegan Society:

“A philosophy and way of living which seeks to exclude—as far as is possible and practicable—all forms of exploitation of, and cruelty to, animals for food, clothing or any other purpose; and by extension, promotes the development and use of animal-free alternatives for the benefit of humans, animals and the environment. In dietary terms it denotes the practice of dispensing with all products derived wholly or partly from animals.”

So, where do wines run afoul of this philosophy?

For starters, it’s common practice for wines to be put through some sort of fining/clarification process before bottling to remove unwanted particles like dead yeast cells, proteins, and tannins, and to soften texture. Various fining agents are used to achieve this, and many are non-vegan such as gelatin (protein from animal, skin, bones and cartilage), isinglass (made from fish swim bladders), casein (milk protein), albumen (egg whites), sea shells, and rennet. Although all of these agents are filtered out, with virtually no residue in the finished wine, it’s still a vegan no-no.

Vegan wines, on the other hand, can be fined/clarified with vegan-friendly alternatives such as bentonite or kaolin clay, limestone, silica gel, plant-based casein, rennet or gelatin, or filtered through mediums like diatomaceous earth, paper, ceramics or charcoal. “We use pumpkin protein, potato protein or pea protein, kind of like passing a vegan smoothie through the wine,” says Sherry Karlo of Karlo Estates in Prince Edward County, the first vegan-certified wine producer in North America.

There is also of course the tried and true, vegan-friendly method of time. Leave a wine long enough in barrel or tank, and particles will settle on the bottom, allowing the naturally clarified wine to be siphoned off the top.

De-acidifying wine is another process during which animal products can slip into your wine. Agents include unrease from crabs or mussels (a crystallizable enzyme), animal mucus (animal lysozome), or Milch (urebakterien, similar to milk). Vegan alternatives for de-acidification include plant-based unrease, lysozome, and urebakterien.

An even more hidden source of non-vegan products used in the winery is sugar. Sugar is occasionally added to wines in a process called chaptalization, which prolongs fermentation and increases the final alcohol content of the wine. The trouble is, some refined sugars are processed with bone char, which is unacceptable to many vegans. This is something I’m sure many winemakers are not even aware off (I certainly wasn’t until I did the research).

When it comes to packaging, a wax capsule that contains beeswax would be frowned upon, as would non-vegan glues used on labels. But in practice, switching to a vegan protocol in the winery is relatively simple – there’s really no need for any animal products. Indeed, many wines would qualify as vegan, even if the winery doesn’t know it.

But taking vegan protocols a step further, back into the vineyard, may be more of a challenge. Since the use of industrial chemical fertilizers is increasingly, and thankfully, being reduced around the world, most green-friendly growers turn to natural manures and compost. But a strictly vegan wine must be made from vineyards in which no animal-based fertilizers or sprays are used. (That means out with the famous biodynamic preparation 500, for which cow manure is put into a cow horn and buried over winter under the vines, dug up in the spring, diluted in water and sprayed in the vineyard.) 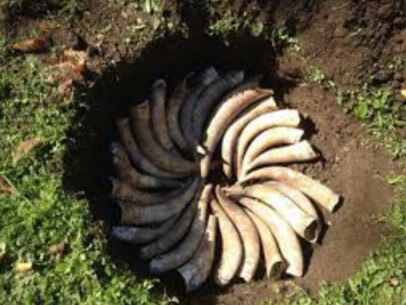 Yet here, too, there’s an answer. Sebastiano Castiglioni, owner of organic/biodynamic/vegan-certified Querciabella in the Chianti Classico district in Tuscany has found a viable alternative: “As for fertilizers, we produce green manure (derived from composted plants), instead of all the ‘traditional’ preparations based on cow manure. We also grow our own medicinal and aromatic herbs for the compounds we spray, and we grow our own seeds for cover-crops mixes encompassing over 30 plant species at a time.” Judging by the quality of Querciabella wines, Castiglioni is certainly on to something.

But it doesn’t end at plant-based fertilizers and sprays. Ploughing by horse, another favoured organic/biodynamic practice and great for journalist photo-ops, is likewise, strictly speaking, not simpatico with the vegan philosophy of non-exploitation of animals. And I’m not certain about the practice of letting sheep wander your vineyard to graze to keep the grass down, or releasing chickens or geese to scratch the dirt and naturally fertilize – that would depend on how orthodox a vegan you ask – though I suspect that, too, is a no-no (is that exploitation?). But slaughtering the animal labour force at the end of the season and then selling or eating them, is, well, definitely out.

There are no official government regulations concerning vegan certification, though many independent bodies exist that will provide certification and the use of a logo. Bellissima Prosecco, for example, is certified by BevVeg. All of certification organizations rely on the honesty of the manufacturer. The application process for BevVeg, for example, “will require you to provide the ingredients and products for which you are seeking BevVeg

certification.” Attorneys then review the application, and if satisfied that the products meet BevVeg’s standards, proceed to a contract to obtain BevVeg certification.

Physical spot checks are, I suspect, at least for the time being, impractical. But I also suspect the risk of retribution from the more zealous and extreme factions of the vegan world, should you be found out, would be motivation enough to keep producers on the up-and-up.

Awareness of vegan wines is still extremely low for the time being. Few are certified, even if many would qualify. That will change. But for now, anyone wishing to purchase vegan-friendly wine is advised to contact the producer directly and ask about the processes I’ve listed above, to see if the wine qualifies.

Even if you won’t be shopping for vegan wine anytime soon, it’s worth stopping for a moment and considering the motivation behind veganism. As Castiglioni points out: “It’s a thorny matter that should make us reflect on how ubiquitous animal products are in our everyday life. Most people wouldn’t worry about wine (nor about sugar or glue for that matter), but the truth is, veganism has to be the moral baseline of business if we truly want to see change. It’s imperative that consumers demand transparency and clear labelling to companies because the market’s demand is the most efficient way to achieve change, especially in the food sector.”

This article originally appeared on Wine Align. You can read the full article here.