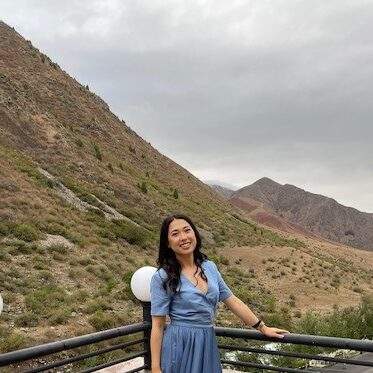 Mathilde is an international French born food lawyer and part time globetrotter having lived, studied and worked in six countries over the last seven years and traveled to thirty more.

Brought up in a family where members come from all around the world and exposed to miscellaneous cultures from a very young age, she decided to follow a first LL.M in International Trade & Investment Law to better comprehend our global environment and ultimately stumbled across the pivotal concept of food policies and their impacts on our health, the nature and the animals.

Eager to satisfy her thirst for mastering the topic, she enrolled in a second LL.M in Food Law while later on working in the Nutrition Division of the Food and Agriculture Organization (FAO) of the United Nations in Rome, Italy.

Thanks to her studies and her work expertise in both the private and public sectors, Mathilde has developed a sharpened knowledge of food regulations from around the world. Meanwhile, she noticed that the term vegan was mostly misused due to a lack of legal definition and consensus among vegan organizations. This leaves consumers yearning for clarity.

Eager to solve this problem, she involved herself as the Vice President of Regulatory Affairs of an international and national vegan organizations to help them release a standard to certify products. Throughout the process she realized the difficulty of assessing the opaque supply chain of a given product presented as vegan stemming from the absence of cooperation of certain actors.

With BeVeg, she saw the importance of spreading the world about its certification which ensures the whole checking of the supply chain to have products certified vegan and its legitimacy through the ISO 17065 standard.

As a passionate vegan and an expert in her field, Mathilde is overjoyed to be appointed Chief Compliance Officer/ Food Law Advisor for BeVeg.

She brings an acute knowledge in alternative proteins for which she has advised miscellaneous food entrepreneurs and companies with regard to a wide array of topics, i.e. food labeling, sustainability, nutritional considerations, intellectual property and consumer protection.

Mathilde is probably the only vegan food lawyer on LinkedIn, check it out yourself.