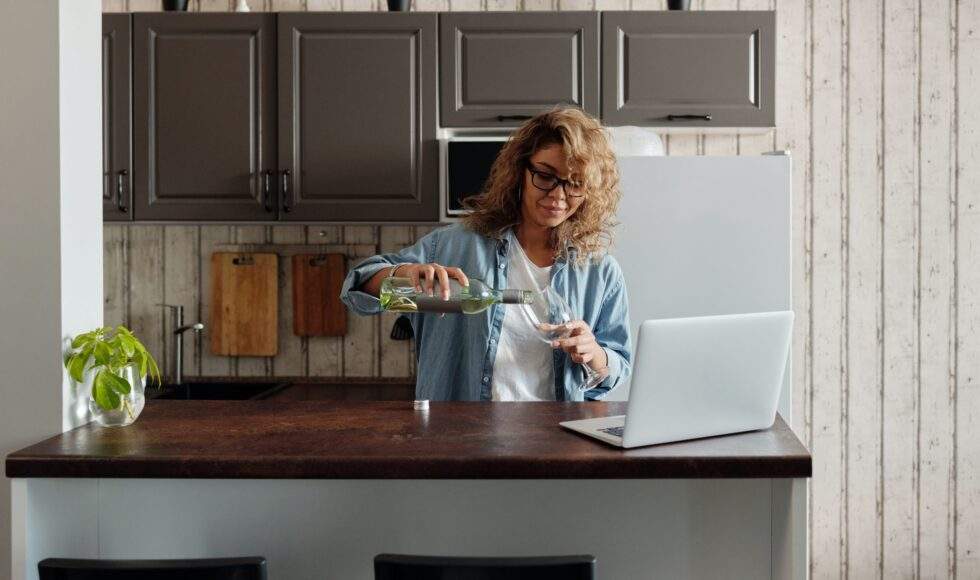 Virtual Happy Hours are happening around the world. No matter what time zone you’re in, you can attend. After all, It’s five o’clock somewhere!

As the world is forced into quarantine to contain the coronavirus pandemic, the happy hour social scene has gone viral. Not to take the pandemic lightly, but as the online community gathers for Corona Lights and “quarantinis”, vegans are gathering online for vegan drinks as found on the BevVeg vegan alcohol guide, which is a free consumer app.Since coronavirus quarantine was ordered, sales on alcoholic beverages have spiked by 55 percent on average according to market research firm Nielsen. Specifically, spirits sales increased by 75 percent when compared to the same dates in 2019. Beer is the next most popular drink, with purchases up by 66 percent, then wine, up by 42 percent since this time last year.

“Vegan Wine Will Become a Thing” as Bloomberg News reported in 2019.

Let’s Grab a BeVeg! Vegan wine is in fact a “thing” with vegan alcoholic beverages certifying vegan with BeVeg on every continent except Antarctica. Now, it is even more of a “thing” in quarantine. Since alcohol sales are not depressed, businesses are applying for vegan certification to ensure their products, too, can be a party to all social distancing happy hours.

But wait, how is wine, beer, and spirits not vegan?

In addition to the more than 60 ingredients that may be included to make your alcoholic beverage, many alcoholic beverages use animal parts to achieve the final product during the manufacturing process. Cows elbows, knees, pigs feet, horse hooves, fish bladder, egg whites, intestines, and other fining agents derived from milk, egg whites, or animal proteins are common practice. Why? It is an age-old — unnecessary — practice used to remove heavy tannins from red wines, and to give white wines and beer better clarity. Though arguably removed in the final product, their temporary presence makes the beverages non-vegan, as trace amounts of the animal parts and proteins can be traced in the final product through testing and analysis. It is estimated that about 50% of wines, beers, and liquors are not vegan, though they can easily be vegan. Fining agents of animal origin may be replaced with paper, clay or charcoal-based vegan alternatives. Currently, alcoholic beverages have zero ingredients and process disclosure requirements under the law. Whether the alcohol is vegan or not, is a trade secret. The only way the consumer can know for sure if the beverage they are drinking is vegan or not, is if it is a vegan certified BevVeg — by BeVeg, a global law firm for vegan certification. Veganism in general, even the word, is not carved out in the law. Anyone can claim vegan, but vegan claims are like the wild west. The word “vegan” is not regulated, defined, and vegan claims are not held accountable. BeVeg, as a law firm, raises the standard for consumer transparency through advocacy, regulation, and vegan certification. BeVeg requires companies to disclose all ingredients, processes and trade secrets. Current labeling laws allow companies and products to label vegan when a product may not be vegan per a vegan’s standards. What governments consider as “incidental” and “insignificant” ingredients, a vegan often finds insultingly significant.

We need to see our glasses half full these days — not half empty. Whether we are vegan or not, we want to know what’s in our glass, and we have right to that information. It is up to us to demand it.”

“We need to see our glasses half full these days — not half empty. Whether we are vegan or not, we want to know what’s in our glass, and we have right to that information. It is up to us to demand it.”

That’s why official vegan certified claims bring integrity and consumer confidence to “vegan” claimed products. The BeVeg vegan symbol is considered the good housekeeping seal of approval for all things vegan, as mentioned in Forbes, PETA, CBS, NBC, Social Life Magazine, LiveKindly, VegWorld Magazine, and VegNews, to name a few. In addition, BeVeg is endorsed by celebrity supermodel, Christie Brinkley and used by Kip Anderson from What the Health in his new vegan product launch.

Notwithstanding, you can search for your next vegan wine, beer, spirit by using the free BevVeg alcohol guide app. The app has more than 2 million beverages listed in the BevVeg vegan alcohol database. If the BevVeg has no information, the user may suggest information, or the product owner may claim the profile or add a profile for the company to review. The free BevVeg vegan alcohol app is available on Google play and in the Apple store, and can be downloaded at www.beveg.com.

BeVeg is the only law-firm-issued vegan symbol with global trademark protection. Represented in more than 70 countries. Are you ready to be “officially vegan”? If you have a vegan wine, beer, liquor or other vegan product, click here to apply now for BeVeg vegan certification.