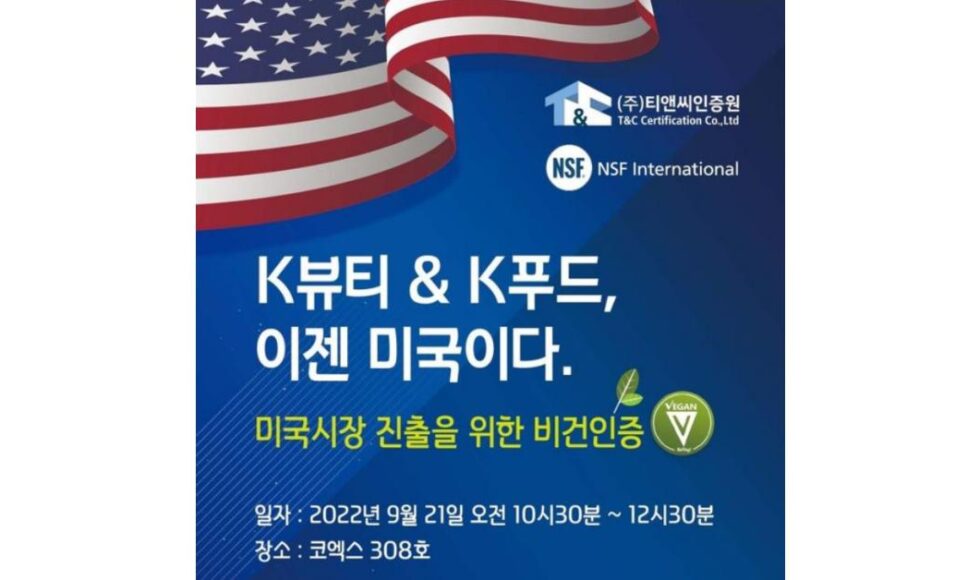 Recently, the vegan craze is blowing not only in the domestic cosmetics market but also in the global market. Veganism, which started in Europe and the United States, expanded into veganism in line with the animal rights movement, affecting the cosmetics industry.

The US also has a strong vegan cosmetics craze. ‘Eco-friendly’, ‘sustainability’, ‘carbon neutrality’ and ‘plant-based’ have emerged as representative keywords in the US beauty market.

In the US beauty market, BeVeg certification for vegan certification is in operation. ‘Beveg’ is applied not only to cosmetics, but also to foods, health functional foods, and pharmaceuticals.

In cosmetics, it is provided from finished products to processes and services, and is an international standard that guarantees the vegan compatibility of products and manufacturing processes. Cosmetic brand companies, raw material companies, manufacturing plants, subdivision companies, and distributors can acquire Beveg Vegan certification.

This Beveg system is also implemented in Korea.

NSF International announced that it will officially operate Beveg, a US cosmetic vegan certification. In addition, it is a strategy to expand the export routes of domestic cosmetics companies to the US by introducing Beveg.

To this end, ‘Beveg’ US vegan certification held a free seminar on, the ‘Vegan Certification Seminar for Entering the American Market’ was held at COEX , Samsung-dong, Seoul with TNC Certification Institute, a cosmetics and food consulting agency.

The NSF is an American organization that develops and enacts US national and international standards. It is certified organic, non-GMO, and gluten-free by the U.S. Department of Agriculture. It is also responsible for inspecting and reviewing the safety and quality of food and water.

NSF International, the Korean branch of NSF, is the only Vegan certification body in Korea that has acquired ISO17065, the ‘requirements for product, process and service certification bodies’.